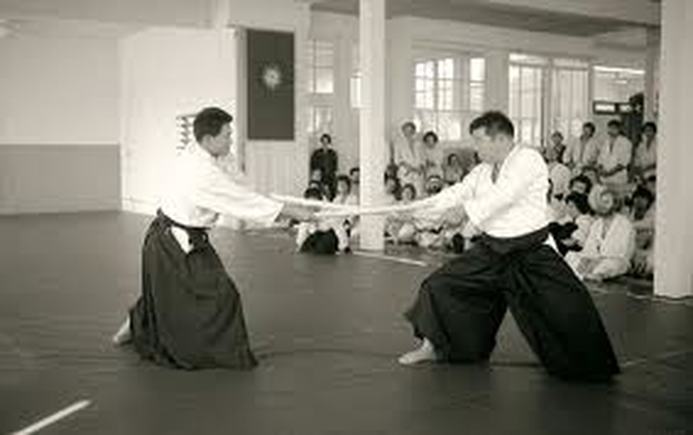 Iwama Aikido is generally understood to refer to the aikido taught in Iwama by Morihiro Saito, the longest and one of the closest students of Morihei Ueshiba (the founder). Saito Sensei’s aim was to preserve Aikido as closely to Morihei Ueshiba’s teachings as possible, while breaking it down into clear steps for pedagogic reasons. Iwama aikido hence has a much stronger emphasis on correctly building up the technical aspects of the art through step by step practice than other styles. The aim is to avoid pretence, lack of precision or unnecessary application of strength and actually understand the underlying reasons and physical possibilities of specific movements. Iwama aikido also strongly emphasises the relationship between TAIJUTSU (unarmed), BOKKEN (wooden sword) and JO (wooden staff) movements from the beginning, and includes a full grade-able syllabus for each aspect.